Havana airport looks like a rural elementary school in the United States. Yes, it is that dilapidated. Then again, who cares about the airport? We have tons of fancy airports in the U.S. and it doesn’t make me hate them any less. I was enraged at the Las Vegas airport last night because my terminal didn’t have a bar. The Vegas airport is pretty nice, but that’s not what I’m looking for when it comes to an airport. I’m ready to get drunk if I’m in an airport.

When I got to customs (inmigracion) the line wasn’t moving because no one was checking passports to move people through. I overheard some white people talking about how dealing with the bureaucracy in Cuba is always bad. Yes, I’m sure ICE runs things more efficiently back home. That made me start to think maybe we were standing there because we were about to be put in a camp.

Once I saw baggage claim I see why they were testing our patience. There were mountains of bags and no order. When I finally found my bag I learned that the TSA back home had opened my bag and removed the lime green luggage strap I had added so I could identify it. Ah yes, the government. The only thing that sucks in all the countries. Besides airports. 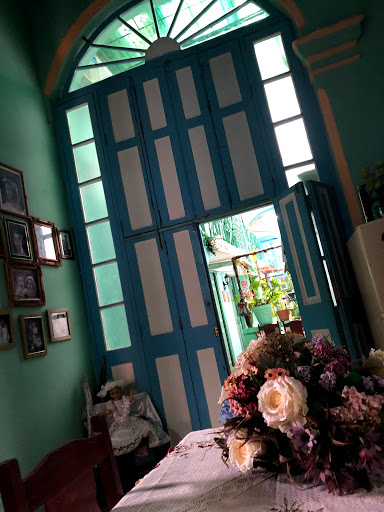 I was met at the exit by a man who checked my name and then did not speak to me again. The drive to old Havana was about 30 minutes and he was dead silent the entire time. Hilarious. I began to wonder if I was being abducted but I have not slept in so long that I didn’t really care if I was.

He brought me to the casa where I am staying and the door was HUGE. Like a 2 story wooden door. So cool. He rang the bell. I was startled when the owner lowered the key to the door on a string from the balcony so he could unlock it. Brilliant. This is the kind of innovation and resourcefulness that capitalism simply does not allow for. I’m already 100% impressed with Cuba.