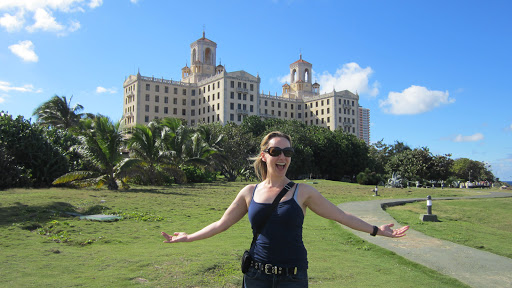 It’s Christmas Day and I am at the Hotel Nacional de Cuba! See above for how excited I am to be in Havana on Christmas day! I’ve never liked Christmas but this is probably the best one ever.

Judging by my sleep last night, Cubans celebrate Christmas by partying all night on Christmas Eve. Last night there was music and dancing in the street by my casa until well after midnight. I knew these were my people.

I did not stay the night at the hotel because that would have been illegal and also I don’t have hundreds of dollars. But I did sit outside and drink a pina colada and enjoy the ocean view and live music. This is what vacation is actually about. 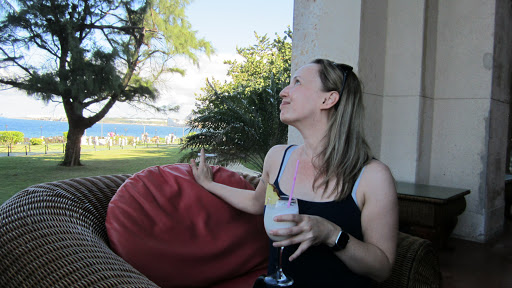 The Hotel Nacional is run by the Cuban government and usually that would mean it’s not good but I didn’t try the food. I’ve been told the rooms aren’t that great but they at least come with an ocean view so who even cares? The place is beautiful and the Pina Coladas were bomb as hell. What else do you even need to know? I’m fucking fancy now!

There is a little military museum in the front and all these old military tunnels. The museum is about the revolution but the structure was built long before that when defending ports was a real thing. You know, pirate times. 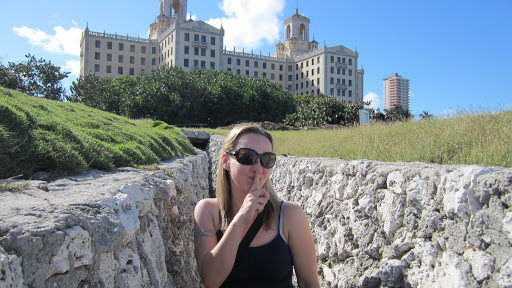 They asked me if I thought my government did Bay of Pigs and I was like “of course” because I thought everyone knew that. Every book I’ve read on this topic says it was us. Mystery solved. Apparently no one let the Cubans know that we admit it now.

Click on any of my photos to see the full Hotel Nacional photo album. There was also some stuff inside the hotel to make sure visitors know that a LOT of famous people have been there. In case you weren’t already feeling fancy as hell just being there.

I won't stop until I've proven to the whole world that I am a huge loser.

“Be the change you wish to see in the world”

Alexa: ‘Here’s some songs I found about lazy ass motherfuckers.’