The hike I took in Baracoa was great because the guide was very attractive. Unfortunately, me hiking up a mountain is NOT attractive so when I asked him out at the end he said no. Look I almost died just to get to the top of this mountain where I could drink a coco loco in a river in my underwear. It looks like shit but it was glorious. 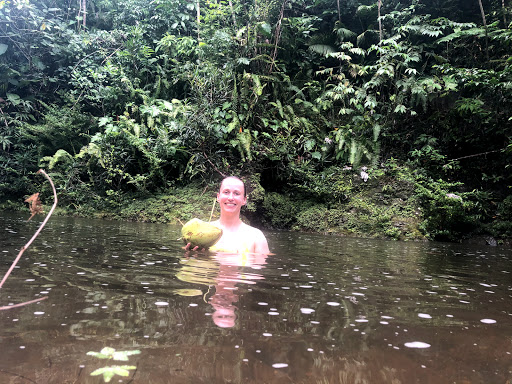 By the way, the rainforest is rainy you guys. I just wanted to clear that up because there were some people on this hike who were unhappy that no one warned them that the rainforest would be rainy so I’m just making sure you get that memo in case you ever go hiking in the rainforest: that shit is wet.

It didn’t even rain that much but I was wet the whole time. And not just because the guide was hot, it was because of the humidity. I was covered in sweat the entire time. I wanted to apply sunscreen and more bug spray but I couldn’t because nothing would stick to me. The mosquitoes had a feast. 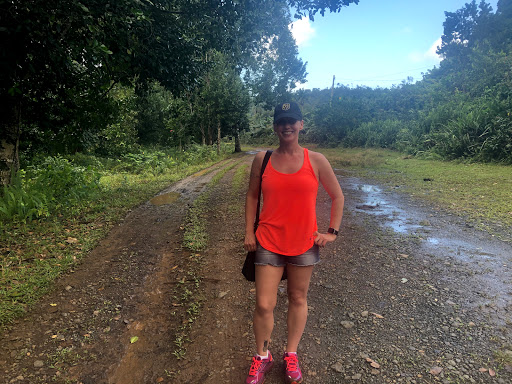 Also, Guantánamo is the name of the whole place. It’s not just the name of our military base. We went to a place “near” Guantánamo Bay and they were like “if you look really far that way you can see it.” So basically I did not see it.

Here’s the fun thing about Guantánamo: The Platt Amendment gave us a 100 year lease on the property where we have the U.S. Military base. This was agreed to by Tomás Estrada Palma, the first President of Cuba. I saw his grave in Havana and was specifically told he doesn’t get a flag because fuck him and the Platt Amendment. LOL I love Latin American people so much.

By the way, the Platt Amendment that allows us to lease Guantánamo Bay expired in 2003. Cuba thought they would be rid of us, but surprise! Both parties have to agree to end the lease and we were like “nah” WE ARE THE WORST PEOPLE, I do not understand why Cubans like us at all. I also heard that we pay them rent for that land ($5,000/month or something low) but that the Cubans don’t cash our checks. Again, I like their style. 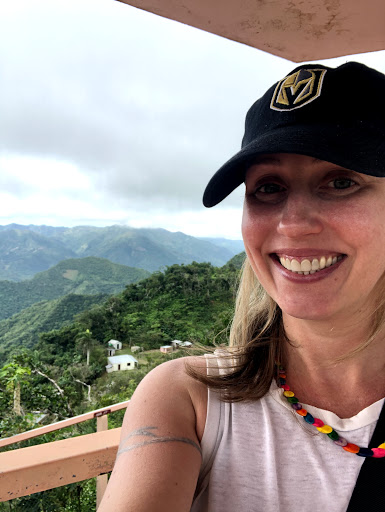 You guys will never believe this but I’m in a socialist country and literally everyone is fine with it.